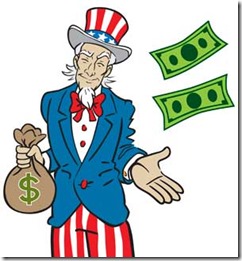 The IRS wants both taxpayers and its staff to know this: It’s only going to get worse.

After absorbing a $346 million budget cut, IRS officials are warning taxpayers not to expect their phone calls to get answered or their refunds to be delivered quickly. Employees shouldn’t count on overtime pay, or for empty staff slots to be filled. And lawmakers seeking to reduce the deficit should assume the agency will collect far less revenue than it could have. “We’re well beyond cutting out any fat,” John Koskinen, the IRS commissioner, told reporters after his agency saw its budget slashed for the fifth consecutive year. “And we’re now into cutting, as people say, muscle headed toward bone.”

In all, the IRS is operating with roughly $1.2 billion less than it did in 2010, when the agency’s budget reached its high-water mark of roughly $12.1 billion. The $10.9 billion the agency is slated to receive for 2015 is a 3 percent cut from last year and the IRS’s smallest budget since 2007, Koskinen told staffers in an email this week. Adjusting for inflation, the IRS budget is roughly equivalent to what Congress gave it in 1998 — an era when the agency processed about 30 million fewer returns in a given year. The recent budget cuts have led to far fewer employees at the agency, according to the National Treasury Employee Union, which represents IRS employees. The IRS had just over 83,000 staffers at the end of 2013, around 10,000 fewer than when the budget cuts started and around a quarter less than two decades ago.

Koskinen told staffers in his Wednesday message that an extra $250 million in expenses — which included raises for staffers — only deepened the agency’s budget woes this year. The IRS chief added that, with few exceptions, the agency would only be able to add about one new staffer for every five that exit. The agency’s travel budget will also get slashed, and overtime pay will be for emergencies only — such as if information technology systems break down during the filing season, Koskinen told reporters.

“There is nothing in there that we’re cutting out that we shouldn’t be doing,” Koskinen said about the agency’s budget. “There isn’t any more give in the system.” As a last resort, the commissioner said Thursday, the agency could even hand down unpaid furloughs for staff — essentially shuttering the entire revenue agency for a day at a time.

For taxpayers, Koskinen is already cautioning that the chances of the IRS answering their phone call is no better than a coin flip. The IRS had been answering the phone at about a 60 percent rate. Even if a taxpayer and tax practitioner does get through, they should expect a long wait beforehand, the IRS chief stressed. “Every time I say you can call us, in the back of my mind I almost feel like I should say: ‘You should be prepared to stay on the line for half an hour before you get through. And a lot of you won’t get through to a live person,’” Koskinen said.

The problems taxpayers could face go far beyond the phone, both Koskinen and taxpayer advocates say. IRS drop-in centers handled about 114,000 questions during the 2014 tax-filing season, according to the Government Accountability Office, down from almost 200,000 the previous year. The nation’s taxpayer advocate, an in-house watchdog, said in a report in January that the IRS had helped prepare close to a half million returns a decade ago for lower-income families, people with disabilities, and older taxpayers. The IRS now says it won’t be able to prepare any returns for those taxpayers.

And if a taxpayer does happen to get through on the phone, they’ll only get help on “basic” tax questions during the filing season. Outside of that window, even those taxpayers who filed for extensions won’t get those questions answered. “It is a sad state of affairs when the government writes tax laws as complex as ours — and then is unable to answer any questions beyond ‘basic’ ones from baffled citizens who are doing their best to comply,” Nina Olson, the taxpayer advocate, said this year.

The problem for Koskinen and the IRS is that the budget-cutting zeal for the agency is unlikely to subside on Capitol Hill — particularly if, as expected, the agency’s performance falls off in the coming year. Congressional Republicans remain livid at the IRS for its improper scrutiny of Tea Party groups, and have said they’re not buying the agency’s line that it needs more money and that cuts to the IRS are counterproductive.

A string of top GOP lawmakers trumpeted cutting the agency’s budget as one of their favorite aspects of the recent government funding deal. The Obama administration is expected to unveil new rules for the tax-exempt groups at the center of the Tea Party controversy next year, which will likely further anger Republicans. But on top of that, as Koskinen pointed out this week, Congress started rolling back the IRS’s finances well before news broke about the agency’s singling out of conservative groups.

Republicans also don’t agree with the commissioner’s take that he can’t wring any more efficiencies out of the IRS’s budget, having blasted the agency’s past spending on conferences and Koskinen’s decision to award employee bonuses. “Violating the trust of the American people by wasting taxpayer dollars, targeting groups based on their political beliefs, and not cooperating with congressional investigations does not warrant a budget increase,” Rep. Ander Crenshaw (R-Fla.), who leads the House Appropriations subcommittee that oversees the IRS, said about the most recent spending deal.

Koskinen has said that he’s trying to make a long-term argument to lawmakers to increase the IRS’s funding, talking up the agency’s outdated technology systems and laying out how those improvements will streamline matters for taxpayers. As he pushes for more funding, the IRS chief is also warning that the budget cuts will lead to the agency collecting $2 billion less in revenue — with the main beneficiary being tax cheats. But Koskinen also acknowledged his pitch hasn’t gotten much traction yet.

“We haven’t done a part good job of articulating what that vision is,” he said.