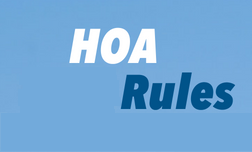 The specter of political division began under Barack Obama, when the Democrats shut out the Republicans, and fashioned Obamacare behind closed doors.  In the streets, the division emerged along racial lines in a manner we have not seen for half of a century. Black Lives Matter, and other groups, emerged, seeking preferential treatment being handed out by the liberal left.  Battle lines were drawn, and targets were painted.  During the Obama presidency special protection was handed out to anyone who was a member of a group that the Democrats figured they could get votes out of, and it became dangerous to be a person who did not fit into the liberal left’s special graces.

Battle lines have remained in place under the presidency of President Trump, with the liberal left minions gathering together to stand against the White House, and the alleged “white privilege” supporters of Trump’s administration.
Civil war has emerged, and the Democrats are waging its war on multiple fronts.  As a result, censorship of conservative political thought is running rampant.  Social media has been called out for it.  The mainstream media has taken the concepts of being silent about anything that is outside the leftist narrative, and ridiculing the right into submission and silence, to a whole new level.  The education and entertainment industries have proclaimed their hate for anything that resembles support for Republican ideas, siding decidedly with the intolerance being shoveled out by the Democrats.  Even families and neighborhoods have drawn battle lines in an attempt to push socialism, and silence those who wish for the United States to continue to adhere to the limiting principles of the U.S. Constitution.
Homeowner’s associations (HOAs), to avoid taking sides in the battle, had been disallowing any political events in common interest spaces.  However, the California legislature decided that HOAs can’t make that kind of call since, according to the legislature, the issue is in the realm of political speech and peaceful assembly (referring to the spirit of the First Amendment of the U.S. Constitution).  As a result, Civil Code Section 4515 was added to the Davis-Stirling Act to protect certain rights of political speech and peaceful assembly within the boundaries of a common interest development.  It went into effect on January 1, 2018.
In other words, according to California law, if you wish to have a candidate meet and greet at your HOA clubhouse, by law they are not supposed to tell you “no” because it’s a political event.

The law prohibits HOAs from doing the following:

• Disallowing persons to use common interest for peaceful assembly or meeting, at reasonable hours and in a reasonable manner, for purposes related to common interest development living, association elections, legislation, election to public office, or the initiative, referendum or recall process.

• Disallowing the inviting of public officials, candidates for public office, and representatives of homeowner organizations to meet with members and residents and speak on matters of public interest.

• Disallowing canvassing and petitioning the members and residents for purposes related to the topics listed above.

• Disallowing the distribution or circulation, without prior permission, information about the topics listed above or other issues of concern to the members or residents, at reasonable hours and in a reasonable manner.

An attorney’s blog explains, Civil Code Section 4515 also invalidates any provision requiring a member or resident to pay a fee, make a deposit, obtain liability insurance, or pay the premium or deductible on the association’s insurance policy, in order to use a common area for any of the meetings described above.

Civil Code Section 4515 provides broad protection for political speech and assembly. Further, the topics afforded protection by this new law span from any issue of concern to the association’s members to general matters of public interest. However, it appears that this new law has some important limitations.

Civil Code Section 4515 does not require any homeowners association to open its facilities to the general public. Rather, the right to assemble is limited to “members, residents, and their invitees or guests.” This distinction is important, as opening these facilities to the general public would likely necessitate compliance with the Americans with Disabilities Act (ADA).

So, schedule your community and neighborhood meetings and candidate meet-and-greets.  In California, it’s against the law for your HOA to say “no” specifically because it is a political event.