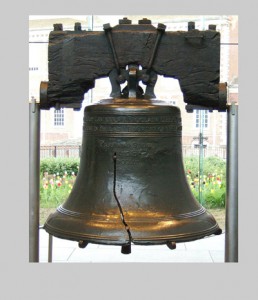 Killing Liberty
“To create a tyranny, turn society against itself until it abhors the values that led to its prosperity, and then rebuild it through revolution.” — Douglas V. Gibbs

The dismantling of America is a purposeful endeavor being orchestrated by design. The statists who have taken full control of one political party, is nearing their goal of having fully infiltrated both political parties, and are committing a coup that is designed to fundamentally change the American System. Through their revolutionary coup they are challenging the concepts of the Freedom of Speech and the Right to Keep and Bear Arms. Religious institutions are under attack, and the complicit press is assisting the statists in destroying our Judeo-Christian foundation. The freedom of information, now a forgotten relic in the minds of the mainstream media, is even under assault in technology, with the federal communications commission seizing control of the internet in a recent departmental vote. As crime skyrockets, the occurrence of illegal search and seizure is also going up. Of course, the lack of due process has been with us for a while, through the IRS, and Child Protective Services. The court system has become nothing more than a rubber stamp for the statists, interpreting the law any way they desire, and using it to silence dissent.

We have betrayed, and cheapened, life with abortion and euthanasia, while poisoning the concept of equality with “fairness” and the idea of “equal outcome.” We have allowed the federal government to crush property rights from real estate to personal possessions. The statists have taken over the education of our youth, and with programs like Common Core, are dumbing down the future of America with a curriculum that is indoctrinational in nature. The entertainment industry has sold out to tyranny, and promotes, along with the politicians, class warfare, civil unrest, and the vision of a dim world. Operation Jade Helm reminds us of the Department of Homeland Security list of offenses that makes one a domestic terrorist – a definition that is, in its simplest terms, one that places any dissent to statism as being radical, defining all of those that dare to stand against the statists as being domestic terrorists. The condition of needing to deal with the constitutionalist radicals (or should we say “rebels”) has convinced the statists to work on eliminating the concept of the Freedom of Association, largely through political correctness, but the law is following obediently, as will the police state.

Benjamin Franklin said, “Only a virtuous society is capable of freedom,” so morality has been targeted. A God-fearing society places biblical standards above those of a tyrannical government, so the faith that led the nation to prosperity must be squashed. Modernism, or shall we say “humanism,” must become the religion of the day. Human Nature is easy to sway, and the citizens are easy to turn away from God, for all they need are gifts from the treasury to convince them that tyranny is in their best interest. It is the tyrant’s goal to provide everything they can in material benefits to the citizens, for if a citizen is being taken care of by a benevolent government, the citizen will welcome bondage, and turn away from the religion of his father.

The gifts are swiftly taken away through taxation, but the citizens welcome taxes because as Karl Marx explained, progressive taxation allows for a redistribution of wealth, a way to punish the rich for daring to succeed – and it is all accomplished in the name of “fairness,” “equality,” and “social justice.” In the end, the economics suffer because the takers begin to outnumber the producers, so the government is forced to print fiat money, to load the system with artificial wealth, in the hopes that bondage can survive the absence of a free market.

If any dissent remains after tyranny gains a foothold, the statist will then use mental health as an excuse to disarm, contain, and arrest any remaining rebels. The statists will do all of this with the assistance of the international community, for internationalism will also help stamp out any nation that dares to seek liberty and stand against the global understanding of a worldwide ruling elite. The citizenry will fall in line nicely, for they will be told that their bondage to government will save the planet from an environmental disaster, and a standing army policing the streets will protect them from the radicals that dare to unpatriotically stand against the political elite. So as the government takes over the means of production, redefines the family unit, and uses the village to raise the children (under the watchful eye of government minions), the people fall into a condition of slavery. But the people will relish their peace and safety, for by then, all opposition will have been silenced, and eliminated.

“The meaning of peace is the absence of opposition to socialism.” – Karl Marx