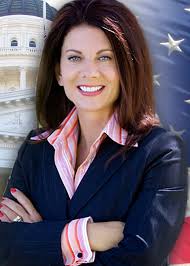 Melissa Melendez was my first endorsement when I ran for city council in Murrieta back in 2010.  Now, she’s a veteran member of the California State Assembly, and one of the few good conservatives that works in Sacramento.  She began her climb to Sacramento as a member of the Lake Elsinore City Council, and now as an assemblywoman, she represents the cities of Lake Elsinore, Canyon Lake, Murrieta, Menifee, Wildomar and a portion of Hemet.

As a Republican, Melendez represents a minority opinion in Sacramento, but she has proven that she is one to hammer away as necessary when her principles call her to.  In light of the videos that have emerged about how Planned Parenthood has been in the body part business, selling on a black market human tissue and organs from aborted babies, Melendez has officially requested to the Joint Legislative Audit Committee a state audit of Planned Parenthood.

The plan is for the audit to focus on Planned Parenthood’s financial stake in the body part black market.

“Planned Parenthood is running its own body part chop shop,” Melendez said. “The taxpayers shouldn’t be on the hook for this illegal activity.”

Independent video footage has revealed that Planned Parenthood, in violation of federal law, has engaged in the sale of human tissue from aborted babies.  The illegal profits made off of human tissue from an abortion procedure, represents a plain financial motive that violates the Hippocratic Oath.

“Planned Parenthood is subsidized with millions of taxpayers’ dollars each year, and should be held accountable and defunded for involving the California taxpayers in their black market human tissue schemes,” said Melendez.

Click Here To View A Copy Of The Official Audit Request