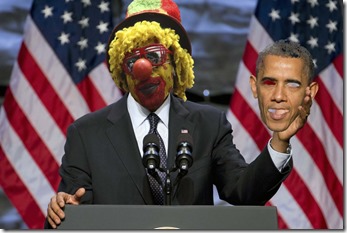 I was sitting on my front porch, in a decent wooden rocker, eating sourdough pretzels from a bag, and drinking bottled water. Now, this may not sound like much to you, but just by enjoying these few things in a few moments of relative liberty, I am among the most fortunate people on the face of the Earth.

I don’t know the statistics offhand (and I’m too lazy at the moment to look them up… Google!), but much of the world is always on the brink of starvation. There’s no reason for me to feel guilty about this, even if I do feel sad. First, if I believe in God, which I do, I know that I was born into this place and time without any input from me, for some reason only God knows. Therefore, I’m exactly where I’m supposed to be, and I only have gratitude that where I’m supposed to be is here and now. Second, what good is a resource or product if it’s not enjoyed? My father always used to say, “Money is for spending.” I didn’t know what he meant then, but I think I know now. Money spent gives forth many things, has a life of its own, and can purchase some temporary thing to make us happy, whether food or some other item of value. Naturally, I could write many paragraphs regarding what money is, what happiness is, and whether or not money buys happiness, but I will leave those philosophies off the table right now.

Contrarily, there are many people who believe just the opposite. They do not think that resources and products are to be enjoyed by those who can afford to have them. They do not believe money ought to be handled by the population-at-large. Well, if the population-at-large ought not handle money, how shall they have what they want and need? An here’s where we get to the ideology which to most of us is alien. Most often, that alien ideology says the government should be sole benefactor of the labor of the many, and that resources ought to be distributed “as needed” by such government. This, of course, is Marxism, and its many branches of Socialism, communism, and other collectivism.

Collectivists are completely taken with the notion that whoever has a “privilege” to enjoy something, which someone else cannot enjoy, is a traitor. No, seriously. They believe the world is already collectivist, and that capitalists and individualists run contrary to this supposed global government. In their minds, they believe the yearning of the proletariat is the real government. They believe people with more wealth and power are oppressors, and not only oppressors, but illegal in their every actions, that is, traitors to this illusory world government.

We, of course, know that our God has created a Torah, a set of laws, which protects private property from theft and larceny, from unequal weights and measures, from vandalism and intentional destruction without cause. We also know that our laws in America protect not only life and liberty, but also private property. So it is with great consternation and puzzlement that we hear the crazed anger and sloganeering of the collectivists who tell us that ownership of property is not a real thing, that “you didn’t build that,” that “businesses don’t create jobs,” and thatwhite people are oppressors who subjugate everyone else.

Never mind that the main portion of these sloganeers are white themselves, obviously living without any belief system in Torah or the laws of Magna Carta, Constitution, and “possession is 9/10 of the law.” Never mind that these white sloganeers are themselves, generally speaking, from middle- to upper-class families, who have probably never been hungry a day in their lives, except on so-called hunger strikes to get attention. Never mind that these white spoiled guilt-ridden liberals have technology, know how to use it, and probably have every other advantage as well. No, never mind those things. They are “good” because they denigrate what they have. Weare “bad” because we don’t denigrate what we have, but treasure it, or at least have fun without guilt.

The newest such rallying slogan is that white people enjoy “white privilege,” which as near as I can figure out means that white people can walk or drive down the street without being harassed by the cops. Of course, this is completely untrue on its face. Bad cops harass everyone. Good cops tend not to harass anyone. But, of course, we are supposed to define this for the sloganeers because that’s part of the punishment! “When you can tell me what you’ve done, young man, you can have your dessert!” Well, the problem here is, the sloganeers don’t actually control our desserts! But they want to, don’t they?
Part of being a collectivist sloganeer is desiring to control the natural resources and the weapons. Part of being a collectivist is desiring to be the very fascist you say you despise! However, if you are a collectivist, you have already assumed that the world is just waiting to be rescued into your fascism.

Another idea of “white privilege” is having access to all the “good stuff.” Apparently, white people have the best education system, the best economic system, and so forth. The reason this is supposedly bad is that white people are bad, and don’t deserve it! Let’s examine that, shall we?

White people are bad, but it’s generally white people who are criticizing this “white privilege.” So, aren’t the white people who criticize also bad? No, of course not! Aha! So it is not being white which is bad, it’s being capitalistand individualist which is bad! We, therefore, come to the first truth about the doctrine of “white privilege” and that is that it is not about a person being “white,” but about “privilege.” We know this because it is the collectivists who are sloganeering, throwing rocks, and inciting riots. Oh yes they are!

So, it’s not that white people are bad, because you can be a “good” white person if you are a collectivist. Accordingly, it is “privilege” which is bad. But… these sloganeers are completely privileged. Are they not bad also? No! They are doing the “good work” of sloganeering, so they are exempt. They are better white people!

In reality, these sloganeers are against American privilege. They say the black man doesn’t get a fair shake in America. Really? Out of all the minorities, and there are many, the black man doesn’t get a fair shake? Considering that the black man is in the White House presently, and that Al Sharpton seems to run our social causes now, and that Oprah Winfrey is among the richest in the world, and let’s not forget all the entertainers, sports figures, and businessmen… I’m not buying it. In fact, there’s no reason for me to buy it. In my lifetime, I’ve seen the black man achieve greatly. If the black man hasn’t achieved all he desires, let him work for it, like everyone else. That is American privilege.

Whether or not anyone believes this, in America, the only thing holding you back is you. Black men have achieved in this country. So have Chinese, and Jews, and Irish, and Italians, and a host of others who were first picked on and placed in a ghetto. I’m oversimplifying for the sake of space, and leaving out scads of history and reforms, but the truth is, America is amazing. Tolerant and forgiving to a fault, and still able to be prosperous and safe. Again, I oversimplify, omitting much doctrine and policy, but America is a privileged place to live.

That’s why people want to live here, and risk their lives getting here. Safe haven, and money.

So, if “white privilege” in America means that white people are not frisked as much as black people, it is surely, in this day and age, not due to race, but due to 1) an increasing police state, and 2) and increasing savagery among the citizenry. If white people are less likely to be savage, due to their circumstances or temperament, the sloganeers ought not say that white people would certainly be more savage if they were deprived. Neither should the sloganeers say that black people, if given more privilege, would change their own temperaments. At best, this is wishful thinking, that people change their temperaments because they have money or power. No, people stay who they are. At worst, it is collectivist sloganeering, inciting among the black people an envy of things they lack. It is instigation of social-economic civil war, a radical communist platform.

In fact, if you read Bill Ayers’ Prairie Fire (ca 1971), you will see that he calls himself a communist, and says that one of the key elements of domestic social action of such radical communists is to incite the black man to revolution. This is one reason why I say Bill Ayers is still one of the most dangerous men in America.

Don’t be fooled. These sloganeers are the same communists from 1856 and 1956, from Prussia to Congo. They provoke the elite with their rash statements, then hide behind the skirt of proletariat anger. In the current American version, they hide behind the black man’s plight, his urban gang problem, which kills thousand every year in inner cities. But these killings are not the result of white privilege, they are the result of drug wars, thug wars, and respect wars. It’s not from lack of opportunity, but rather wealth of opportunity in drugs, guns, and machismo. And nobody forces these young men to sell drugs, wave pistols, and attack random passers-by. That’s on them.

But it’s not only black neighborhoods which are rife with drugs and guns. White people get involved in every form of drug dealing. Latin Americans have their cartels. Orientals have their mafias.

And it’s not just about drugs and guns. It’s about ruling the world. Arabs have their Caliphate-seekers. The New World Order is continually pulling strings around the world. Africans war for supremacy daily. The Chinese increase their game of Risk for minerals. The Russians are always about conquest.

The sloganeers can represent any of these, but the end-game is the same, domination and hegemony. The “white privilege” gambit is a collectivist strategy, because it incites proletariat anger, and black pride. They use “white privilege” as a metaphor for their mortal enemies, Capitalism and Individualism. Don’t be fooled. This is not about awareness or compassion. This is war.

Don’t forget to Like Freedom Outpost on Facebook, Google Plus, Tea Party Community & Twitter.
You can also get Freedom Outpost delivered to your Amazon Kindle device here.