Have you heard of the “Resist” movement against President Trump?  Do you think it’s a good idea?

The far left, consisting of paid anarchists, dissidents, Hollywood, Media, late-night comedians and angry Democrats have joined together to form this movement.  Remember, first they told you that you were part of a victimized group:  Minorities, Women, Gays, Muslims…you weren’t Americans, you were a special victim.  Then they said “Resist!”  Resist what? An election that we were all free to vote upon?  Resist a working government that we have been part of for centuries?  Obstruct!  What? The legal Founding of our government?

Why?  Will it make us safer?  Better Americans?  Brings us more jobs? The answer lies in your actions.  Will you be an American or part of a splinter group bent on getting your share of a fractured America?

It’s time to take a deep breath and remember your history.  Peaceful protest is fine, but like the Tea Party, constructive protest is even better!  As a member of the Banning Beaumont Cherry Valley Tea Party, we worked to get members of Congress elected and found victory in 2010 and in 2016.  We worked within the brilliant plans of our Founders to make government more responsive to the needs of all the people, not just some of the people.  We worked peaceably to change government while still honoring our fellow Americans!

I bet you answered yes!  But, did you realize that you may have had a hand in this mess in California  if you keep voting for the same Democrat party and expect better conditions?

Currently, here in California, the Democrats have a super-majority in our Legislature.  And over the last several years, the poverty rate for minorities, like women, blacks and Hispanics has risen. The middle class and small business are being stifled with regulations and higher taxes.  Larger corporations have fled to states that welcome business, like Nevada, Arizona and Texas.  The new gas tax increase will mean even more hardship for those who are struggling to make ends meet!

Democrats want open borders which will bring more unemployment and lower pay scales for those lucky enough to even find work! And Dems are using your taxes to give even more entitlements to illegals entering those open borders!

Dems oppose Voter I.D., which means even your vote could become worthless.  Dems voted for California as a Sanctuary State, making our cities less safe and preventing local law enforcement from notifying ICE about those committing violent crimes.

We need to stop voting for the Democrats, the one party who forgot the everyday man and woman and get some adults elected up in Sacramento!  Come to a Tea Party Meeting and let’s get some sanity back into California, our once-Golden State! 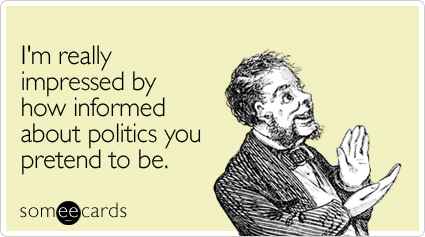 Have you ever been told “we don’t discuss politics” at a gathering?  Well why not? We live politics every day in our skyrocketing healthcare costs, high fuel prices, small businesses closing in your hometown and it seems, a new regulation coming out of Washington every day!  Yes, the economy IS politics and whether we like it or not, who we vote for has a hand in our everyday lives! That’s why the Tea Party was formed.  We want a voice in our government.  We pay attention to who is running our government, what laws are shaping our lives.  It’s not about gender, skin color, ethnicity or even political party!  We know our Constitution is a roadmap to the many freedoms here in the U.S. and it’s why everyone wants to be an American! The Banning Beaumont Cherry Valley Tea Party is active in your area.  Come find out what we stand for.  You’ll find many like-minded conservatives who care about where our country’s headed.  We meet on the 2nd Thursday of the month at the Farm’s House Restaurant in Banning at 6PM and weekly for breakfast at 8 AM. Learn about what’s going on locally and nationally and feel like you can do something about it! Your voice matters!